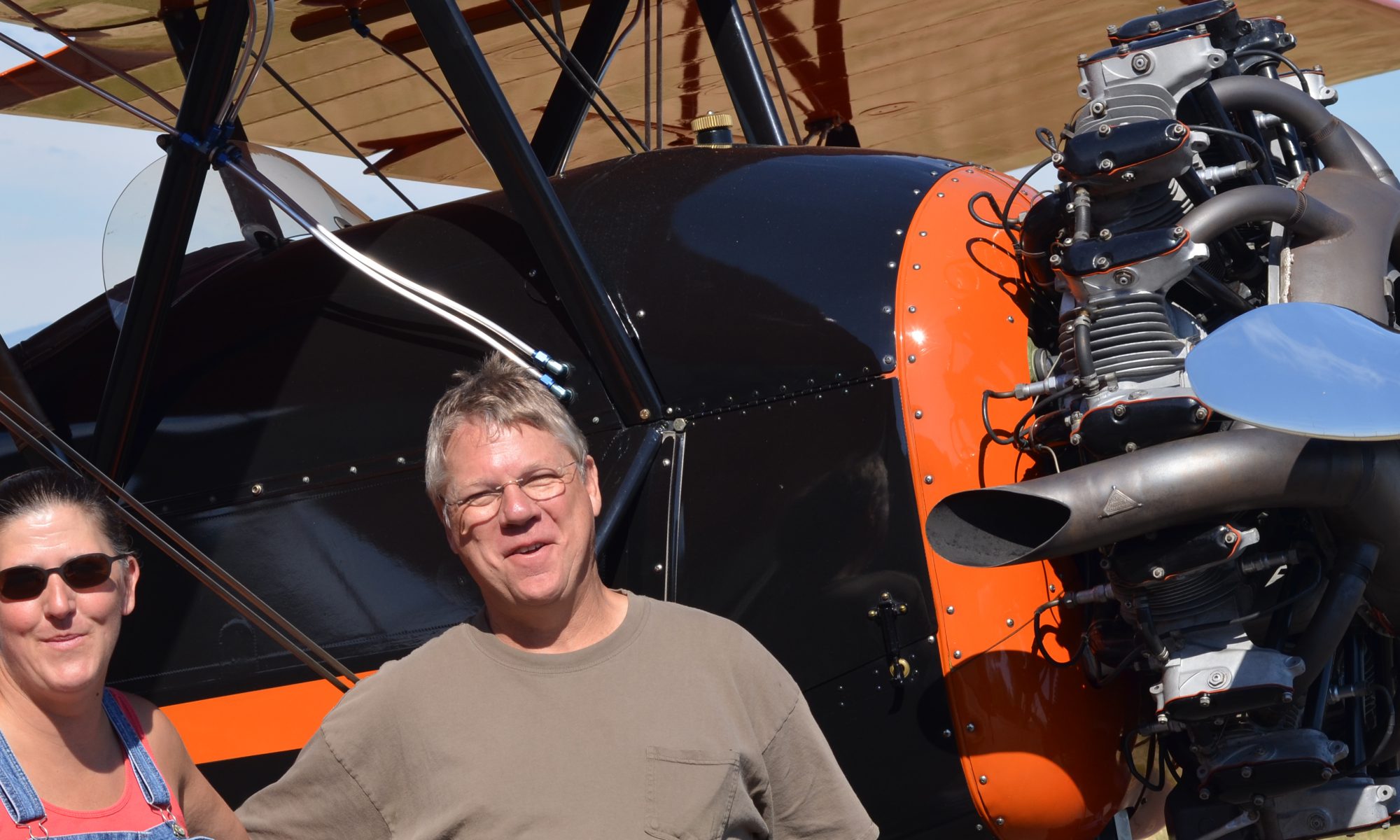 Dana’s passion for aviation was brought on and encouraged by his father Rod Anders (aka Ramblin’ Rod local children’s television host.) Just like his father, Dana got his pilots license at an early age , and now holds numerous other licenses and certificates like Commercial pilot, Complex, High Performance, Tailwheel, and Float rating. He is also a certified  Airplane Mechanic and licensed Inspector, (A&P, IA). In 1998 when Dana and his father found the 1929 Travel Air they purchased it and started the exciting ground up restoration with big dreams and plans of Barnstorming!  Sadly Rod past away before it was completed. Dana, along with his wife Tami, 3 children and a few friends with necessary qualifications continued working  on the project and in July of 2008 the Barnstorming dream came to life, and Dana flew the Travel Air for the first  time in 70 yrs. For the past 13 years now they have been offering tours around the Pacific Northwest. In the summer months the Travel Air can be found on the Oregon Coast at the Siletz Bay State Airport (between Lincoln City and Depoe Bay).